Amy Roberts has a secret, a secret she has carried with her all of her life, a secret she has told only one other person. For her honesty and bravery, she received a slap across the face and a warning that if she ever spoke the words again, there would be hell to pay. Now that she is older, smarter, braver, she will let nothing stop her from escaping the sadistic man who swore her to this secret and to a life full of hidden truths and false smiles, of abuse and denial, of pain and loneliness. He, on the other hand, will stop at nothing to have her or kill her; he doesn’t care which comes first.

On a private island off the coast of South Carolina, Amy finds the courage, the desire, and the despera-tion to break her silence and to fight back. Finally, spilling her secrets to the only two people who care enough about her to listen and believe her, Amy decides that she has had enough and now is the time to show the world the monster behind the man. The problem is: can she survive long enough to tell the world what she knows, or will the he have what he has wanted for the better part of eighteen years.

Join Amy on her journey of self-discovery and survival, and see if you are brave enough to face the monsters that haunt your dreams.

Review
I have to admit, reading this was hard. That being said, I have to add that it’s an amazing book. Graphic and disturbing in it’s detail, it is very realistic. I found it impossible to put down, I was completely wrapped up and involved in Amy’s story. Her struggle with coming to terms with what he had done to her and her mission to set things right was inspiring. As was her relationship with Shane, for them to go through so much together and still come out the other side, it’s impressive.

My compliments to Ms. Reynolds, this is a great story and I will be recommending it to others.
~Review by Jai~

About the author
Jennifer Lynn Powell Reynolds is a native of North Alabama. She is newly married. She and her husband tied the knot on Friday, September 13, 2013.
Jennifer has a Master of Fine Arts degree from National University and a Bachelor of Arts degree from the University of North Alabama.
Writing has always been a large part of her life. In high school, her local newspaper published a large number of her poems, and she won numerous poetry and short stories awards. Since high school, she has worked on a number of different projects, but her focus has mainly been on acquiring her degrees.
She finished the first draft of her first novel, a post-apocalyptic piece titled Alone, around the time she graduated with her B.A. Since then, she has written numerous other novels, short stories, and poems.
Aside from spending her days immersed in the fictional worlds she creates, she works part time at Stained Glass Artistry.

Other books by Jennifer Reynolds 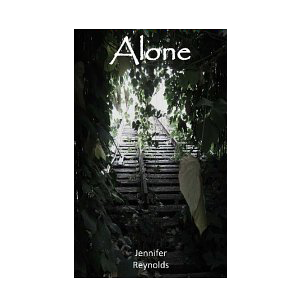 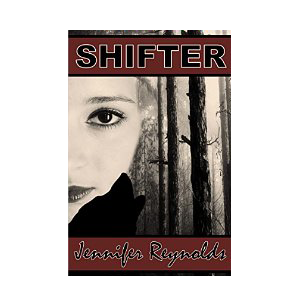