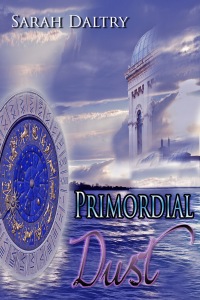 A princess, trained to behave. An assassin, betrothed to her. A thief, whose eyes she dreams of at night. A kingdom at war, torn apart by the suppression of magic and truth, as well as family secrets that threaten to destroy decades of peace.

Questions of loyalty, of morality, and of free will culminate in a fantasy novel about forging one’s own path and choosing one’s own destiny.

“I’m not sure. It’s a spell of some sort, but it’s a powerful one. Magic script is rarely used now and never like this. The varied colors mean that the spell is a conditional one. The writing of this today would bring me to your doorstep.”

“The three colors. A conditional spell has three outcomes – based on the mage who uses it. The intent of the mage changes the results, and if the mage’s intent is to harm…”

“Intent is all,” I whisper.

“Yes. The foundation of magic, but intent matters little in an age when magic serves no role. In a world when it was powerful, however, this could be a weapon or a blessing. All depending on the mage. It doesn’t matter, though, because if we want to read this…”

“We need the mage,” I finish. “Sure. That will be easy.” Finding a mage in Anara during peace time was a challenge, at least one who would admit to crafting this. Secrecy is forbidden in mages; it was one of the agreements when magic became a specialized art. Finding a veiled mage after entire kingdoms, along with all of their mages, have been butchered is an impossibility.

“I think we must speak with Alusia,” Seamus suggests. “And then we need to take a journey to Livonia.”

“Livonia is in ruins. It was absorbed by Yarvania, remember?”

Seamus smiles. “Ruins are the best place to start. Where better to hide a secret than under rubble everyone forgot?” 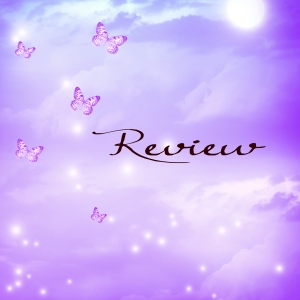 This is a very well written book that keeps you entertained and has you wanting to turn the pages to find out what will happen. The characters are well developed and it seems as if you just know them. You can almost imagine being in the middle of this story. Alondra must make some choices in her life. What does she choose to do and how will it play out for her. If you like fantasy books with a great story that will not let you down, then this is for you! ~chell

Sarah Daltry writes about the regular people who populate our lives. She’s written works in various genres – romance, erotica, fantasy, horror. Genre isn’t as important as telling a story about people and how their lives unfold. Sarah tends to focus on YA/NA characters but she’s been known to shake it up. Most of her stories are about relationships – romantic, familial, friendly – because love and empathy are the foundation of life. It doesn’t matter if the story is set in contemporary NY, historical Britain, or a fantasy world in the future – human beings are most interesting in the ways they interact with others. This is the principle behind all of Sarah’s stories.

Sarah has spent most of her life in school, from her BA and MA in English and writing to teaching both at the high school and college level. She also loves studying art history and really anything because learning is fun.

When Sarah isn’t writing, she tends to waste a lot of time checking the internet for pictures of cats, shooting virtual zombies, and simply staring out the window.

She has written several books, most notably Bitter Fruits, an urban fantasy in the Eden’s Fall series, Backward Compatible: A Geek Love Story, and the six book New Adult Flowering series, including Forget Me Not, Lily of the Valley, Blue Rose, Star of Bethlehem, Orange Blossom, and Ambrosia. 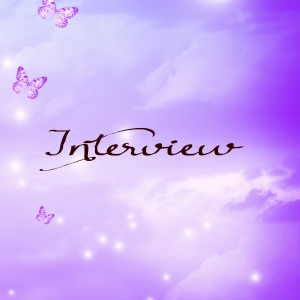 It was never really a decision. I have been writing since I was a kid. I always said someday I would do something with the ideas and stories I had and I guess eventually I was just so burnt out with teaching, I decided I needed to do it. I think a lot was also the fact that, for ten years, I helped kids direct their lives and embrace their passions. Eventually, it felt hypocritical not to do it myself.

They all do, because they’re like children. Anything negative said about them is like saying that about me, or about my child. I suppose Jack from Flowering is the one it hurts most to hear it about, since when people say those things about him, it is far more directly true about me. I dug into a lot of my own emotions for his.

I used to travel a lot. I still would, but we’re kind of broke. We made the decision to sacrifice so I could do this writing thing. Fortunately, I’ve traveled to a lot of the “must go” places on my list, but I would love to go back to any of them. I think the next place on my list is Budapest. For no real reason. I just feel drawn to it.

Courtney Summers. She’s incredible and her books are just so heartbreakingly realistic.

I don’t really know. I suppose the idea came to me while I was on a reading spree of fantasy, but for the most part, it just came to me one night. That was a couple years ago, though. I’ve done a lot of revision with this. I think, of all my books, this is the one that has been the most time-consuming. With my others, I wrote and revised and they came quickly. It’s not that I haven’t been inspired to write this; I actually put a lot more “official” work into this one. I’ve had a number of people help me to shape it and I’ve revised and rewritten so many times. This one is probably the book I’ve been afraid to release, because I have worked so hard to get it to this point.

It depends on the book. For the Flowering books, I listened to the playlists for each on repeat while writing. I don’t have a playlist for this yet, because it needed silence.

I don’t like being public. I’m an extremely shy person. I avoid social situations. It’s not that I don’t like people necessarily, but I haven’t had the best luck with them. I struggle to balance that, because I really do like talking with readers and I love talking to them about books – and really a lot of things – but I don’t like how people feel like they know you just because they have seen your name somewhere. People won’t even take the time to read your writing before assuming they know all there is to know and that bothers me. Very few people actually know me. In real life, I have my husband and cats; we have no friends anymore (they all moved or we moved or life just got in the way of our friendships) and neither of us is very close to our families.

So many things. I likely just announced my big secret coming late summer or early fall. I also have a couple new things I’m working on. I think I’ll probably stay with YA for a bit, because it’s what I love.

Failure. I am a very harsh critic of myself and I don’t do well when I feel like I have let someone down or that I’ve failed.