Singing in the shower takes on a whole new meaning in Melissa Pearl’s first Contemporary Romance.

Ella Simmons does not want to move across the country. But she is, because her boyfriend has persuaded her to join him at UChicago to finish out her college education. Never able to tell him no, she hops on a plane and makes the trek from LA expecting to adjust to life like she’s often forced to, but things are not that simple when she hears a luscious voice singing over her shower wall. His deep, sexy tenor makes her weak in the knees, spreading fire through her limbs and making her question everything about her life and relationship.

Can one voice really have that much of an impact?

Cole Reynolds is on his way out. In his final year at UChicao, the only this he wants to do is finish school and get on with this life. But the sweet voice that interrupts his morning shower turns his world upside down. Compelled to find his shower songbird, he begins a search across campus. The only thing to distract him from this goal is his roommate’s gorgeous girlfriend who’s just arrived from LA – Ella Simmons.

Relationships are put to the ultimate test as future dreams are questioned and friendships are thrown on the line for love. 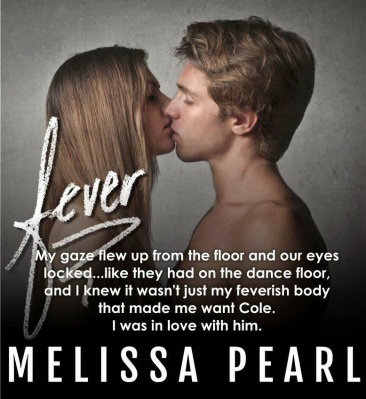 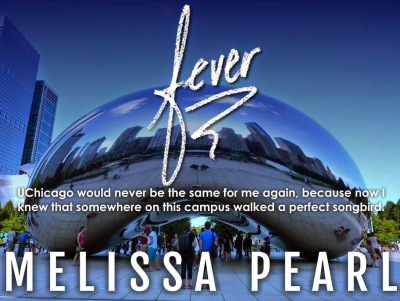 Great story! This is a great love triangle with great characters! Ella moves across the country for her boyfriend to attend college. She didn’t want to leave home but she did. When she meets Cole, her feelings start going all over the place. Who will she choose and what does Ella really want? I recommend this one! Great read that you can read in one day! 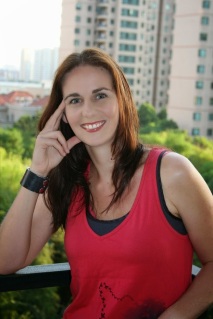 Melissa Pearl was born in Auckland, New Zealand, but has spent much of her life abroad, living in countries such as Jordan, Cyprus and Pakistan… not to mention a nine month road trip around North America with her husband. “Best. Year. Ever!!” She now lives in China with her husband and two sons. She is a trained elementary teacher, but writing is her passion. Since becoming a full time mother she has had the opportunity to pursue this dream and her debut novel hit the internet in November 2011. Since then she has continued to produce a steady stream of books. Recently she signed with Evatopia Press and her first Evatopia book is coming out in February 2014 – True Colors, The Masks Series #1. She is very excited to be trying out new things this year while continuing to publish under her own name as well. She has six books planned for 2014 and is excited about writing each and every one of them. Sign up for her newsletter at Newsletter subscription: http://eepurl.com/p3g8v

“I am passionate about writing. It stirs a fire in my soul that I never knew I had. I want to be the best writer I can possibly be and transport my readers into another world where they can laugh, cry and fall in love.”

One thought on “Blog Tour, 5 Star Review, and Giveaway Fever by Melissa Pearl”