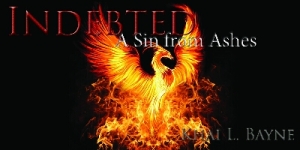 About the Author
Growing up in a small town Khai L. Bayne always had an over active imagination. The only girl in a family with two boys, many of her nights (and some days.) were spent finding creative ways to pass the time. The daughter of a long time “Trekkie” and “Sci-Fi Junkie”, you could say it was imbedded into her DNA to be a fan of the paranormal world. Now over three decades later, her depraved imagination and love for the world of “Grown-up make believe”. She has decided to share her depravity with the rest of the world. 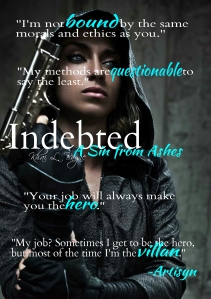 This book was different from a lot I have read, however it was well written with characters who make you feel their emotions. A group of paranormal investigators who are of the supernatural world band together to help Artisyn, and to take down a murderer.

Team Testosterone also helps Artisyn heal the tragedy she has went thru and has been dealing with for years. They allow her to find herself again.

Great job by the author keeping the book interesting and did I mention, Hot?? 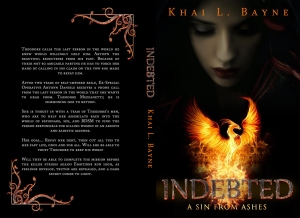 Synopsis:
Theodore calls the last person in the world he knew would willingly help him, Artisyn. The beautiful seductress from his past. Because of their tumultuous past, and not so amicable parting he had to force her hand by calling in his claim on the vow she made to repay him.

After two years of self-imposed exile, Ex-Special Operative Artisyn Daniels receives a phone call from the last person in the world that she wants to hear from. Theodore Mezzanetti and he was summoning her to return.
Tensions run high as she is thrust in with a team of Theodore’s men, who are to help her assimilate back into the world of espionage, sex, and BDSM, to find the person responsible for killing women in an abusive and sadistic manner. Her animosity runs deep, but she owes him. Her goal… Repay her debt, then cut all ties to her past life, once and for all. Will she be able to trust Theodore to keep his word?

Using old friends, acquaintances, and newly acquired team of supernatural men, to try to track down the killer, before he strikes again. Emotions run high, as feelings develop, truths are revealed, and a dark secret comes to light.